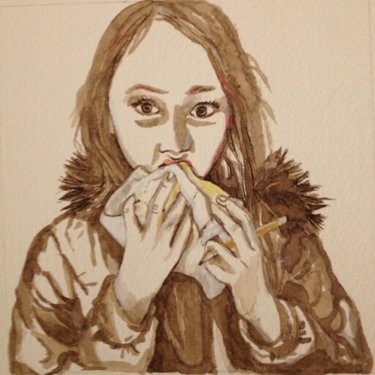 AAWW  / September 2020
"Woman Warrior for the 21st Century" // I talk with K-Ming Chang about her debut novel, BESTIARY.

Lit Hub  / November 2017
"How can I take pleasure in the beauty of language without obscuring meaning; can I allow myself to be dazzled by words without losing consciousness?"

The Los Angeles Review of Books / September 2017
"Switching genders has always seemed natural to me. In our family, I was the boy and my sister was the girl. There were advantages to each."

Foundry Journal / September 2017
"I wanted to enact what it means to simultaneously lose someone and commune with them ― the paradox of grief and all it gives us."

Chicago Review of Books / August 2017
"Maybe because I keep secrets from myself, I’m interested in characters whose desires surprise them."

wildness asks Five Questions / April 2017
"I witnessed firsthand how often words, like arrows, come close, but not close enough, to their marks."

Speaking of Marvels / March 2017
"I like intimacy. I'm not afraid of it. I welcome closeness, interiority, kindness, wonder. I like listeners."
​
The Millions / April 2016​ "Fiction Is a Trudge, Poetry Is a Dance: On Poet Novelists."
​Interviewed with Idra Novey & April Bernard by Sonya Chung for
"Somewhere along the way, this practice, this sitting, this encountering, this waiting, this returning to make discoveries, becomes a pleasure. Instead of having to discipline ourselves to practice, we develop a longing to practice. It’s an ideal state for an artist to attain, one in which discipline and longing are one."

"Book Q & A" with Deborah Kalb. / March 2016
"His name is like a sacred object, both a piece of evidence and a souvenir; she loves to keep it to herself, she loves to hoard it. Of course, I can’t tell you what it is."

Interview with brian lee morris, West Tisbury Free Public Library / September 2015
"Mayumi is, like so many mothers, deeply enthralled by her own solitude, even when the duration of these moments is a shabby seven minutes."

﻿-Radio interview with Cindy Wolfe Boynton, ﻿Literary New England / July 2015
"She's estranged from her own desires when she meets him...She has no desire to embark on an adventure. She has no desire to do anything differently but a stranger enters her little world and turns everything upside down."

-Interview with Maia Morgan, author of The Saltwater Twin / July 2015
"The librarians' answers to my questions changed the course of the book."

-"Finding Stillness Amid Deep Emotion" by Derek Schwartz Vineyard Gazette / ﻿May 2014﻿
"While the specific details in Red Flower, White Flower are all strikingly personal, the overarching themes are universal."

﻿-"The Ecstatic World﻿: Jennifer Tseng on the Writing Process" by Heidi Sistare,
Freerange Nonfiction, Illustration by Lesley Numbers  / ﻿January 2014
“To whom am I speaking? Writing constantly asks this of me. Who’s there? Who cares?”

-Interview with Kendra Mills / January 2013
"I can no longer imagine what it was like to be a person moving through the world without the poems of Jean Valentine. Her poems are shattering in the best sense of the word. They transform vision and feeling, they restore meaning, they dream, they intuit, they search, they struggle, they believe. Jean’s poems are like the most mysterious, endlessly interesting, and yet weirdly reliable friends; I turn to them constantly for guidance and company, hope and love."

-Patch MV Interview with Mathea Morais, / Dec 2011
"The practice of living on an island is not unlike the practice of being a writer. One belongs to the main and yet floats apart from it; one observes the world from a distance. This experience offers us concrete ways of talking about how to negotiate solitude & communion, build literary communities, create vibrant institutions & maximize the benefits of new technologies."

-Interview with Aaron Crippen, Dear Whistle / June 2011
"My “Chinese ancestry” exerts a peculiarly, paradoxically heavy influence in part because it was given to me by my father thousands of miles away from China. My father, traveling alone, carried his culture like an invisible suitcase that he then handed to me (and to my sister). Ever since, I have been trying to see that suitcase, to feel its weight, to understand its varied and sometimes forgotten contents."

-Interview with Brandy Lien Worral, CrossCurrents / Summer 2003 (p. 12)
"I came to the program in 1995 to do multiracial theory, but that claim evaporated as soon as I discovered that I had the freedom to do what I really wanted to do — write."